48 people (ASAM members as well as non-members) joined the training! A lot of new faces together with the well-known ASAM OEM member representatives built an excellent mixture and demonstrated the positive development of ASAM in Japan.

The training was held by Mr. Dupuis from VIRES Simulationstechnologie GmbH, representing the development teams around OpenDRIVE, OpenCRG, and OpenSCENARIO. For five hours, he explained in depth the technical details of the three standards. All questions were answered by him and his colleague from MSC Japan who supported him in translations. The training was accompanied by very lively discussions throughout the day. The participants appreciated the open and active atmosphere.

ASAM is convinced, that the Open* standards are also of high interest in/for Japan. As a next step, Japanese teams have confirmed to join the Kick-off workshops for ASAM OpenDRIVE and ASAM OpenSCENARIO via video conference.  They are also willing to contribute to the further development of the standards, especially of ASAM OpenSCENARIO. Some non-members have signaled their interest to join ASAM and to become an active part of the community in the future.

ASAM looks forward to maintaining the momentum in Japan and to establish the Open* Standards internationally. All in all, the training was a great success for ASAM and the new standardization domain "Simulation". 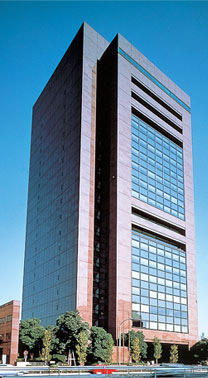